Certainly one does not depart her 1st Canadian trip like Edmonton, Alberta without ever gorging on a heaping, cheesy pile of poutine (unless the traveler is a devout vegan).

Yet, there’s more to this oil-industrialized city than fries, gravy, and cheese curds. During my brief weekend primarily for my best friend’s wedding, I nonetheless experienced more delicious foods than I really imagined.

With the help and enthusiasm of my best friend, her significant other, and new Edmontonian comrades, I gained a marvelous taste from what the city offers. 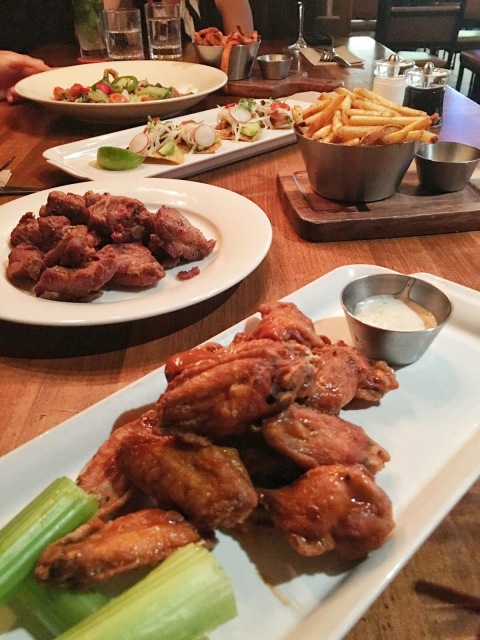 I was welcomed with open arms to Earl’s Kitchen + Bar, which houses well for mingling while watching an Oilers game. My best friend, who has visited Edmonton several times, raved about their juicy and tangy Hot Wings, which can be removed off its thin bones very smoothly. 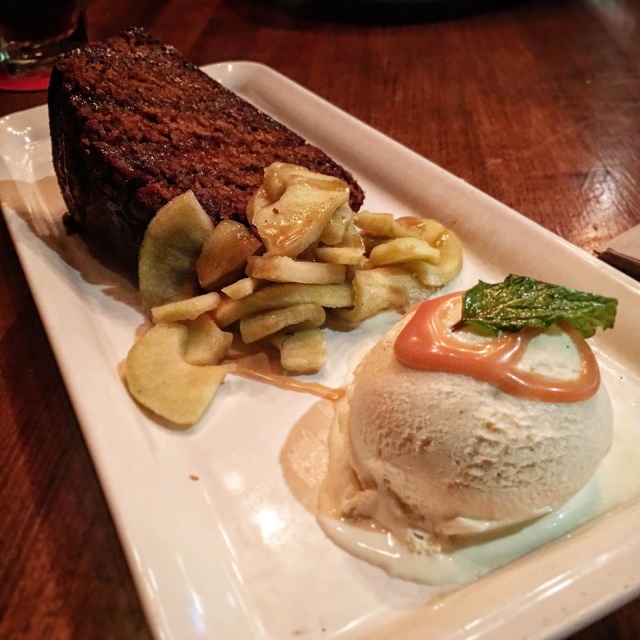 One friend showed up slightly late and eyed on their seasonal Gingerbread Cake with vanilla ice cream and spiced apples. If it were a house, I’d demolished it with a hardy silver spoon and my drooling mouth. 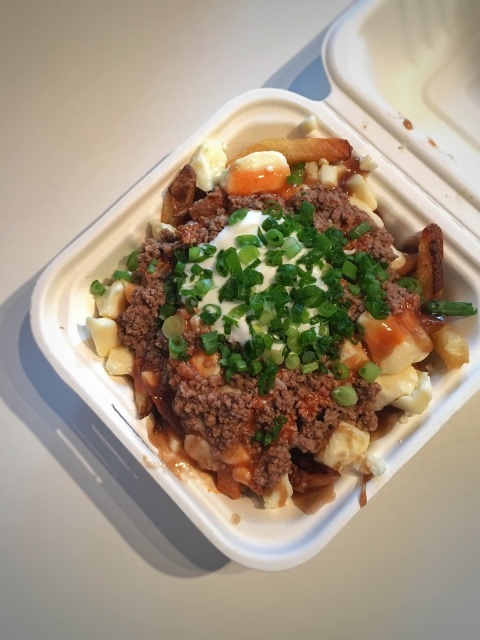 The next day the [now newlywed] couple and I embarked on relevantly titled La Poutine just south of downtown Edmonton. One of the recommendations was the Party Poutine that absolutely threw a happy festivity thanks to the ground beef, sour cream, green onions, and Frank’s Red Hot sauce. Their beefy Western Canada gravy integrated well with this and the bacon-rich Supreme Poutine (1st photo of this post).

After an exploratory walk around River Valley, over a few kilometers north of the University of Alberta resides the Duchess Bake Shop, known for their scratch-made French pastries just like these toothsome macarons. I still have that wondrous, perennial Spiced Plum taste (i.e. the purplish macaron) etched in my tongue.

Dinner (and drinks) required a round-trip cab ride for my best friend and me; her life partner celebrated with his dudes several kilometers away from our hotel, while the significant others watched over the kids. Good thing Cured–which was a very affordable distance from our stay–treated us well especially with their amazingly savory and tender 10-ounce Alberta Ribeye with patatas bravas and salacious marrow butter.

Fast-forwarding from Saturday’s Big Day at the Muttart Conservatory to a cozy evening get-together at another couple’s luxurious suburban house, I was introduced to a familiar Mediterranean cuisine but not-so-familiar name to my takeout order: a gyro-resembling Regular Spicy Donair from Simon King.

So far, somehow, the beefy taste in Alberta has been simply outstanding not just from that steak but from this shaved, juicy donair–alongside their white sauce and flavorfully sauteed red onions. Moreover, another dose of poutine just couldn’t eschew me after I noticed the phone-order takeouts. 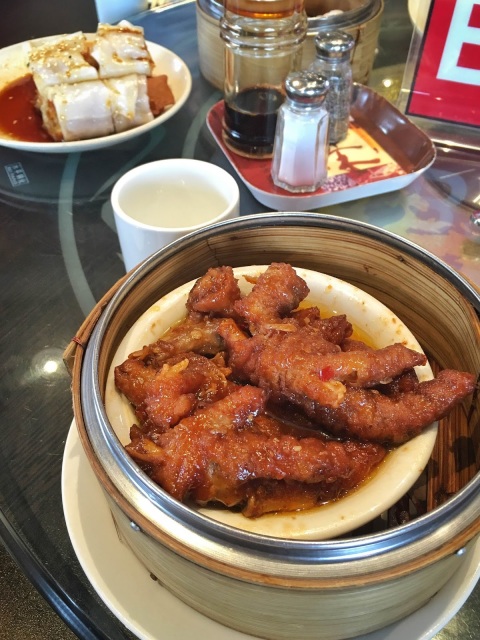 My last, freezing day–and a few hours left until my flight back to my OC home–came with a bustling, crowded visit to Tasty Noodle.  Better known for their dim sum and other Chinese delicacies, I kept reminiscing about the most delicious and meatiest Chicken Feet I’ve ever noshed. That’s a fetish I’m not ashamed to admit, and I certainly wasn’t alone due to other families swiping this platter right after it left the busy kitchen.

Hours went by and I returned home at one, exhausted piece. One of the tangible takeaways I kindly received was these addictive, not-at-all-greasy Old-Fashioned Ketchup Flavored Wavy Chips from Lay’s. My American posse also kept dreaming about these after I introduced these at an early Thanksgiving potluck. 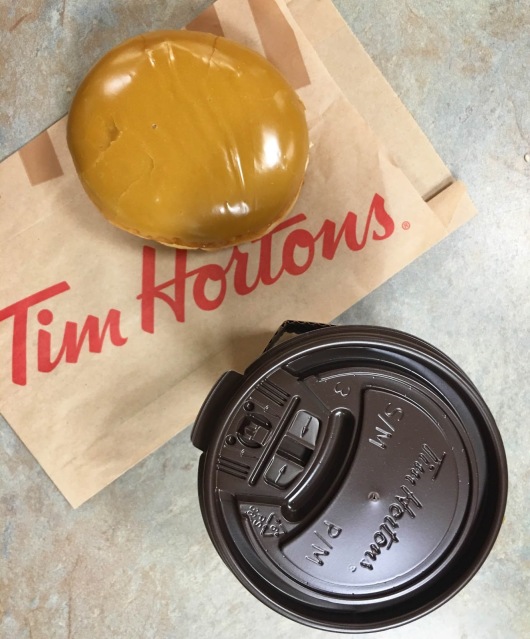 Oh, and my Canadian trip wasn’t complete without first comforting myself with Tim Hortons’ Coffee plus an appropriate Canadian Maple Donut. In an American perspective think of a Dunkin’ Donuts with a spread like wildfire such as Starbucks.

That concludes my indelible weekend at the capitol of Alberta, trailing off with a summation of these notable eateries and locations.