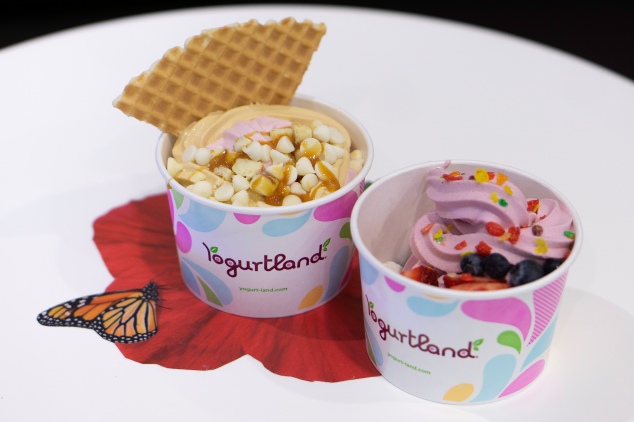 Still in the midst of spring I tasted generous dollops of the 3 new Yogurtland flavors commemorating the blooming season.

These seasonal treats feature the eye-catching Soft Serve Sea Salt Caramel, the playful White Chocolate Raspberry Cheesecake, and the fancifully tart Pear Hibiscus. From these 3 I’ll be recapping them individually, in which 1 of them would hopefully still linger past springtime. 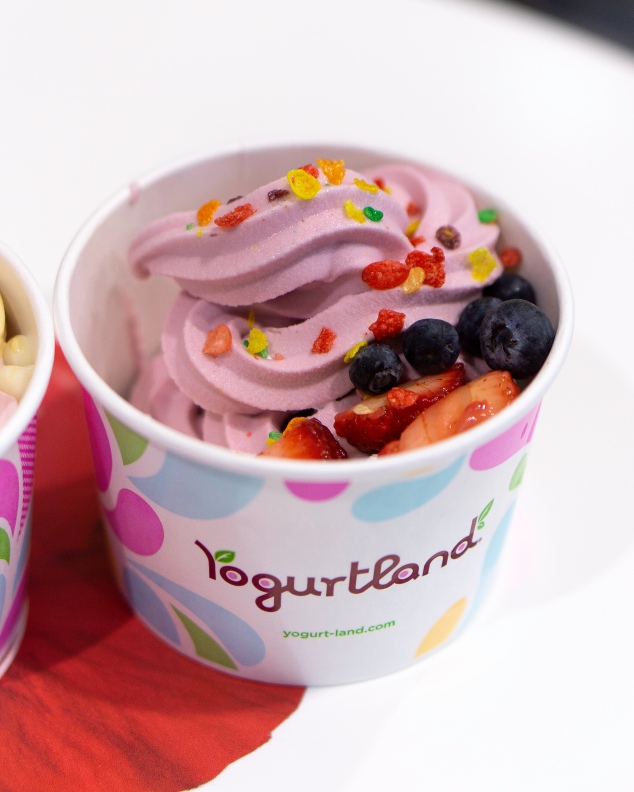 Admiring a tart frozen yogurt in general, the sprightly Pear Hibiscus Tart brought in such a bright, overpowering tartness thanks to the subtleties of pear and hibiscus flower/extract. My boyfriend cannot stand tart frozen yogurt, so I nonchalantly finished the entire cupful of fruit plus calcium and Fruity Pebbles. 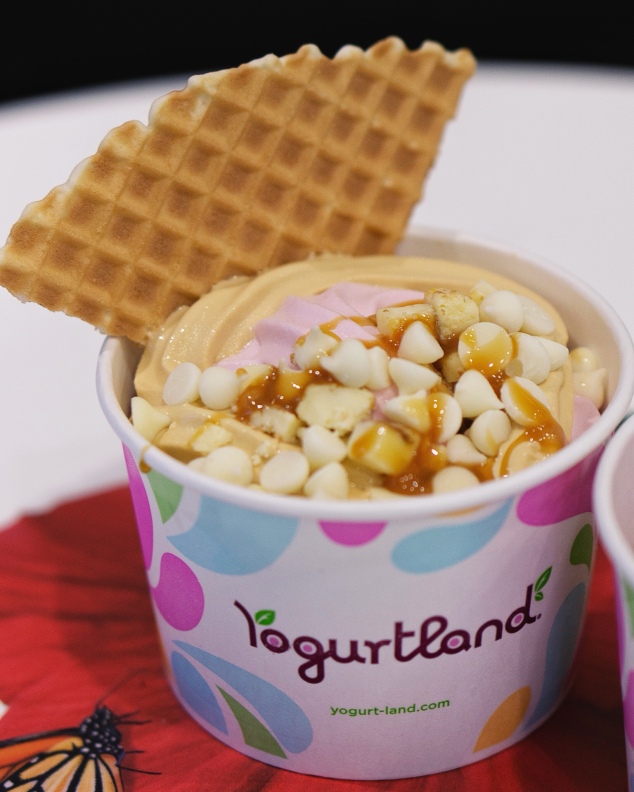 To be frank my boyfriend cleverly poured both the Sea Salt Caramel and White Chocolate — separately, not swirled together — during this rather impromptu dessert date. The latter flavor scored well with its lusciousness, gloating its essence with plops of cheesecake bites and white chocolate chips. However, the warm-colored, real-deal former impressed me; this definitely would be 1 of my fave flavors for non-tart frozen yogurt. I felt that it could almost disguise itself as typical soft serve ice cream, but it humbly carried itself as a frozen yogurt. As a side note: there are 2 distinct soft serve ice creams at Yogurtland, i.e. the Creamy Vanilla and Rich Chocolate.

Don’t just take my word about these 3 spring flavors. My favorite part about visiting Yogurtland is asking for sample cups before committing to a logarithmic amount of frozen yogurt customized your own way.

***Shout out to C-Squared PR for the sweet treats and the reignited infatuation of sea salt caramel!***